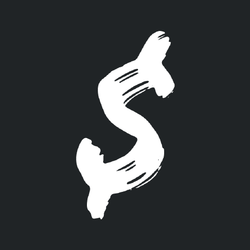 The lowest price of the Swerve is $0.154 & the highest price is $0.440 in the last 24 hours. Live Swerve prices from all markets and SWRV coin market Capitalization. Stay up to date with the latest Swerve price movements. Check our coin stats data and see when there is an opportunity to buy or sell Swerve at best price in the market.

SWERVE FINANCE is described to be a fork of Curve, owned 100% by the community. It is claimed that there's no fake-out deployment, no questionable pre-mining, no founder controlling majority of the governance vote, no suspect team proposals, no 30% allocation to 'shareholders', no team allocation, no decades long distribution. It's a simple 33,000,000 supply owned entirely by holders, the community of liquidity providers and users. If holders provide liquidity to Swerve, they get ySWRV tokens which can be staked in the Swerve DAO to earn $SWRV. To kickstart the protocol and encourage users to try out Swerve, the first two weeks will have a larger distribution of $SWRV awarded.